No Result
View All Result
Membership

No Result
View All Result

No Result
View All Result

Methane is a short-lived but powerful greenhouse gas and the second-largest contributor to climate change after carbon dioxide. And the majority of human-induced methane emissions comes from livestock.

About 70% of agricultural methane comes from enteric fermentation – chemical reactions in the stomachs of cows and other grazing animals as they break down plants. The animals burp out most of this methane and pass the rest as flatulence.

There are roughly 1 billion cattle around the world, so reducing enteric methane is an effective way to reduce overall methane emissions. But most options for doing so, such as changing cows’ diets to more digestible feed or adding more fat, are not cost-effective. A 2015 study suggested that using seaweed as an additive to cattle’s normal feed could reduce methane production, but this research was done in a laboratory, not in live animals.

We study sustainable agriculture, focusing on livestock. In a newly published study, we show that using red seaweed (Asparagopsis) as a feed supplement can reduce both methane emissions and feed costs without affecting meat quality. If these findings can be scaled up and commercialized, they could transform cattle production into a more economically and environmentally sustainable industry.

Ruminant animals, such as cows, sheep and goats, can digest plant material that is indigestible for humans and animals with simple stomachs, such as pigs and chickens. This unique ability stems from ruminants’ four-compartment stomachs – particularly the rumen compartment, which contains a host of different microbes that ferment feed and break it down into nutrients.

This process also generates byproducts that the cow’s body does not take up, such as carbon dioxide and hydrogen. Methane-producing microbes, called methanogens, use these compounds to form methane, which the cow’s body expels.

We first analyzed this problem in a 2019 study, the first such research that was conducted in cattle rather than in a laboratory. In that work, we showed that supplementing dairy cows’ feed with about 10 ounces of seaweed a day reduced methane emissions by up to 67%. However, the cattle that ate this relatively large quantity of seaweed consumed less feed. This reduced their milk production – a clear drawback for dairy farmers.

Our new study sought to answer several questions that would be important to farmers considering whether to use seaweed supplements in their cattle. We wanted to know whether the seaweed was stable when stored for up to three years; whether microbes that produce methane in cows’ stomachs could adapt to the seaweed, making it ineffective; and whether the type of diet that the cows ate changed the seaweed’s effectiveness in reducing methane emissions. And we used less seaweed than in our 2019 study.

For the study, we added 1.5 to 3 ounces of seaweed per animal daily to 21 beef cows’ food for 21 weeks. As with most new ingredients in cattle diets, it took some time for the animals to get used to the taste of seaweed, but they became accustomed to it within a few weeks.

As we expected, the steers released a lot more hydrogen – up to 750% more, mostly from their mouths – as their systems produced less methane. Hydrogen has minimal impact on the environment. Seaweed supplements did not affect the animals’ carbon dioxide emissions.

We also found that seaweed that had been stored in a freezer for three years maintained its effectiveness, and that microbes in the cows’ digestive systems did not adapt to the seaweed in ways that neutralized its effects.

We fed each of the animals three different diets during the experiment. These rations contained varying amounts of dried grasses, such as alfalfa and wheat hay, which are referred to as forage. Cattle may also consume fresh grass, grains, molasses and byproducts such as almond hull and cotton seed.

Methane production in the rumen increases with rising levels of forage in cows’ diet, so we wanted to see whether forage levels also affected how well seaweed reduced overall methane formation. Methane emissions from cattle on high-forage diets decreased by 33% to 52%, depending on how much seaweed they consumed. Emissions from cattle fed low-forage diets fell by 70% to 80%. This difference may reflect lower levels of an enzyme that is involved in producing methane in the guts of cattle-fed low-fiber diets.

One important finding was that the steers in our study converted feed to body weight up to 20% more efficiently than cattle on a conventional diet. This benefit could reduce production costs for farmers, since they would need to buy less feed. For example, we calculate that a producer finishing 1,000 head of beef cattle – that is, feeding them a high-energy diet to grow and add muscle – could reduce feed costs by US$40,320 to $87,320 depending on how much seaweed the cattle consumed.

We don’t know for certain why feeding cattle seaweed supplements helped them convert more of their diet to weight gain. However, previous research has suggested that some rumen microorganisms can use hydrogen that is no longer going into methane production to generate energy-dense nutrients that the cow can then use for added growth.

When a panel of consumers sampled meat from cattle raised in our study, they did not detect any difference in tenderness, juiciness or flavor between meat from cattle that consumed seaweed and others that did not.

Commercializing seaweed as a cattle feed additive would involve many steps. First, scientists would need to develop aquaculture techniques for producing seaweed on a large scale, either in the ocean or in tanks on land. And the U.S. Food and Drug Administration would have to approve using seaweed as a feed supplement for commercial cattle.

Farmers and ranchers could also earn money for reducing their cattle’s emissions. Climate scientists would have to provide guidance on quantifying, monitoring and verifying methane emission reductions from cattle. Such rules could allow cattle farmers to earn credits from carbon offset programs around the world.

This article first appeared in The Conversation.

Sustainable diets: “It’s about our survival as a human species”

Sustainable diets: “It's about our survival as a human species” 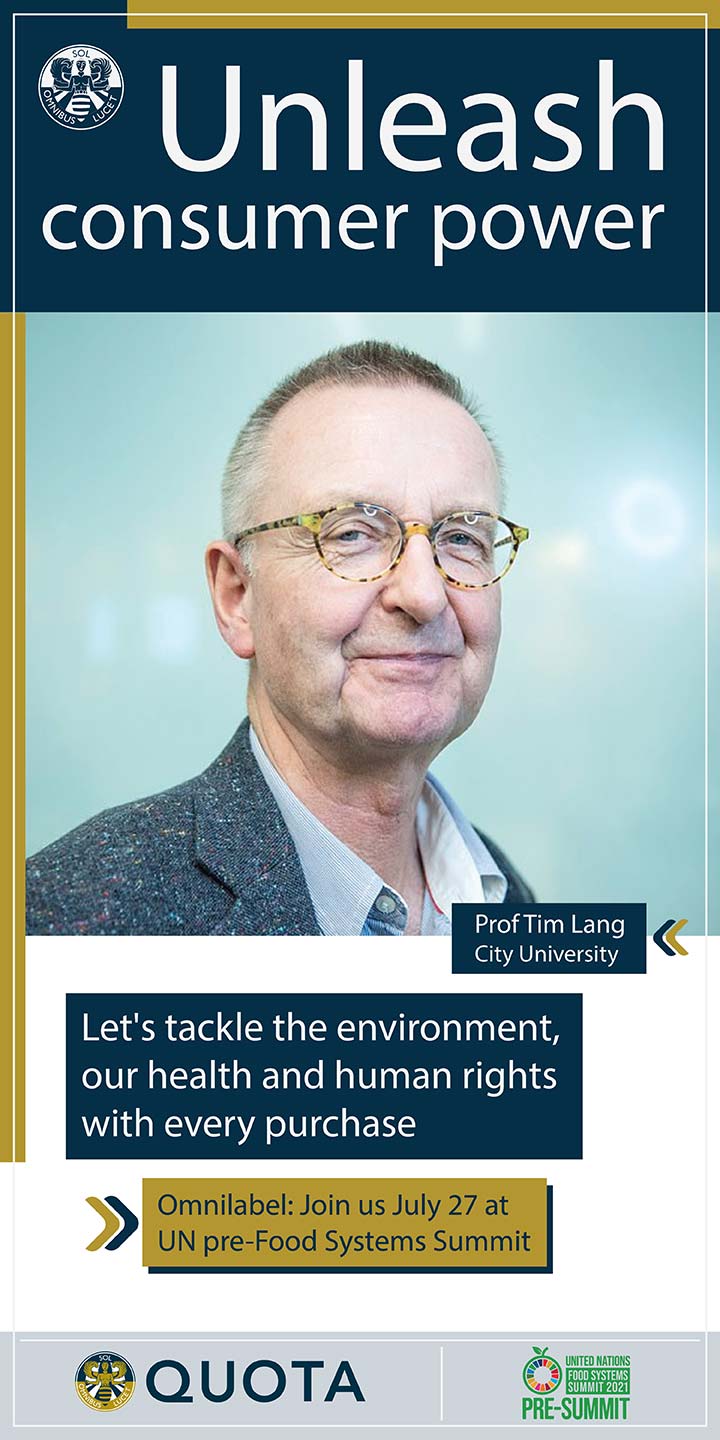 Quota's proposal to the UN Food Systems Summit for a global, unifying label rating food against all relevant human rights...

2.3k
No Result
View All Result